A Full-Service Lobbying Firm, with a National Network of Professionals, Navigating Clients through the Legislative Process, in Every State Capital 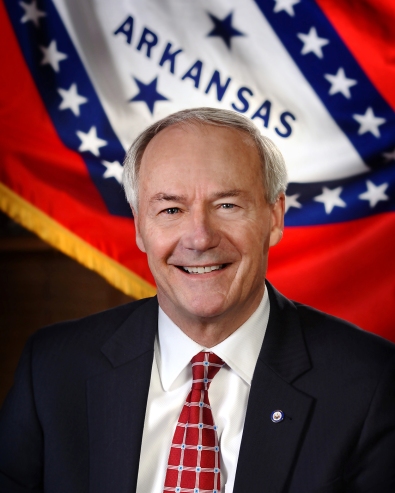 Incumbent Republican Governor Asa Hutchinson will seek a second term in office during the 2018 election. Prior to his election as governor in 2014, Hutchinson previously served as a U.S. Attorney, Member of Congress, and Drug Enforcement Agency Administrator under President George W. Bush. Hutchinson now enjoys favorable poll numbers which has kept most primary opponents away. The Arkansas Poll, commissioned by University of Arkansas, found Hutchinson with 62 percent favorable ratings among registered voters. Meanwhile, a December poll from Morning Consult found Hutchinson with a 63 percent favorability rating, third best among all governors.

These numbers have not deterred Republican Jan Morgan, an “America First” Republican and gun range owner. Morgan has challenged Hutchinson from the right, claiming the governor “campaigns like a conservative Republican but governs like a liberal Democrat.” However, with more than $1.5 million in his campaign, Hutchinson has far more resources than Morgan. Subsequently, she may have a hard time convincing Arkansas Republicans to support her candidacy.

Democrats in Arkansas have rallied behind their only declared candidate, Jared Henderson, the former executive director of the Arkansas branch of Teach for America. Since 2014, Arkansas Democrats have lost every statewide election, all four congressional districts, and remain the minority party in both chambers of the state legislature. Henderson, a first time candidate, believes that “way more than half of this electorate that is alive, and will be voting, has voted for a Democrat,” and getting them to actually vote for a Democrat in 2018 is “not impossible.” In the last quarter of 2017, Henderson and his campaign brought in roughly $131,000. He’s attempting to keep the race competitive by focusing on the ground game–holding town halls, knocking on doors, and making phone calls. However, with Hutchinson’s high favorability ratings, Henderson’s path to the governor’s seat remains extremely difficult.

At this time, national experts all agree the race is safe or solid Republican. 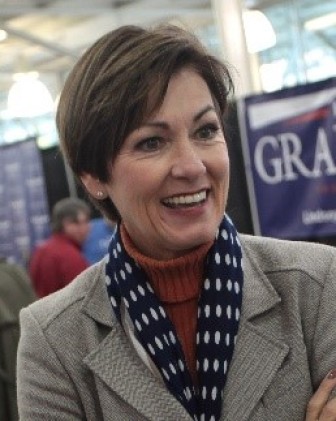 Governor Kim Reynolds will seek her first full term as chief executive of the Hawkeye State in 2018.  While serving as Lieutenant Governor, Reynolds assumed office—becoming the first female governor in Iowa—after Terry Branstad left office in May 2017 to become U.S. Ambassador to China. Despite serving as Lt. Governor under Branstad, two other Republicans have announced their bids to unseat Reynolds in the primary. Former Speaker of the Iowa House of Representatives Ron Corbett and Boone City Councilmember Steven Ray. Reynolds, a former county treasurer and state senator, entered 2018 with more than $4 million, while Corbett and Ray entered with under $600,000 and $1,000, respectively. With four months to go until the primary, Reynolds’s name recognition and fundraising abilities will likely lead her to the GOP nomination.

The Democratic gubernatorial primary has turned into a search for a state party flagbearer to help lead Iowa Democrats back to relevance. Since 2010, Iowa Democrats have lost a U.S. Senate seat in 2014, the Governor’s mansion in 2010, and both bodies of the state legislature. Currently, only two Democrats hold statewide office; Attorney General Tom Miller and Treasurer Michael Fitzgerald. As a result, seven Democrats have announced bids for a wide open gubernatorial primary. State Senator Nate Boulton, SEIU Local 199 President Cathy Glasson, longtime Democratic donor Fred Hubbell, former State Party Chairwoman Andy McGuire, former State Auditor General candidate Jon Neiderbach, former USDA official John Norris, and former Iowa City Mayor Ross Wilburn are all seeking the nod from primary voters. Hubbell leads the pack in funding, raising more than $3 million in 2017, while entering 2018 with more than $1.2 million on hand. He has received more than 80 percent of his funding from in-state donors. Hubbell is the first candidate of either party to start running television ads.

According to a December poll conducted by the Des Moines Register, 2018 may provide an opportunity for Democratic redemption in Iowa. Nearly half of voters want to see someone new take over as governor, including 53 percent of women respondents. Democrats also won the at-large generic congressional ballot, winning three out of Iowa’s four districts. Conversely, the University of Virginia’s Center for Politics’ Crystal Ball and Inside Elections have classified the gubernatorial race as “lean Republican.” Iowa will be a state to watch to see if it stays in Republican control, or is a part of a “blue wave.”