After eight years, Republican Governor Nathan Deal will leave office due to term limits. Deal was elected to the House of Representatives as a Democrat in 1992, before switching to the Republican party in 1995. His change reflects the Peach State’s 20-year shift from Democratic to Republican control. Since 2005, the Republicans have held the offices of Governor, Attorney General, and Secretary of State. Yet in recent years, the pendulum has begun to swing back towards Democrats as Georgia’s demographic favors liberals, indicated by the Democrats’ strong performance during a 2017 special election to replace the congressional seat vacated by Republican Tom Price. 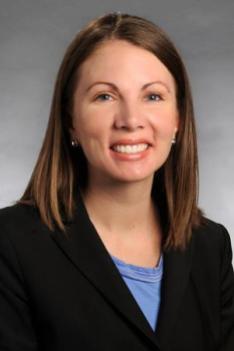 Two state legislators, Stacey Abrams and Stacey Evans, have entered the race for the Democratic nomination. Both women have legal backgrounds with similar liberal policy prescriptions, but appeal to two different electorates. Stacey Evans has represented a suburban Atlanta district in the State House since 2011. She’s championed education initiatives like the state’s HOPE Scholarship program, which offers education opportunities to high school graduates with low income. Evans hopes to expand the program while making college more affordable for students. As a white woman, she’s recounted her struggles growing up in poverty in rural Georgia before earning a HOPE scholarship. Evans’ campaign aims to attract rural and suburban Democrats, while state donors and endorsements have fueled her campaign.

Stacey Abrams is an African-American woman who led Democrats in the Georgia House where she served from 2007 to 2017. A Spelman graduate with a law degree from Yale, Abrams was a romance novelist and a Deputy City Attorney for Atlanta at age 29. Her platform advocates for improved access to childhood education and healthcare, while increasing the state’s minimum wage. So far, Abrams has attracted a big endorsement from Rep. John Lewis, as well as a host of national liberal groups, including MoveOn, Democracy for America, and the Working Families Party. Abrams will likely aim to expand the urban electorate in Georgia, where more than 1 million black voters did not cast ballots in the 2014 gubernatorial race.

According to a March Mason-Dixon Poll of 500 likely Democratic voters, Abrams has 29 percent support, while Evans has 17 percent. Fifty-four percent remain undecided.

In the GOP, Lieutenant Governor Casey Cagle has emerged as the likely nomination, raising more than $7 million in campaign funding. According to a Landmark/RosettaStone poll from October 2017, Cagle earned 35 percent support from likely Republican voters (among 800 polled). However, more than 44 percent had not decided. Cagle has strong relationships with the state’s GOP establishment and its political action committees, giving him a significant leg-up in campaign funding. He grabbed national headlines in late February after calling out Delta—an Atlanta-based   corporation—on social media to restore a discount to NRA members, otherwise the state would pull a $50 million sales-tax exemption on jet fuel.

Hunter Hill, a state senator from the northern Atlanta suburbs, took 9 percent in the poll. A former West Point graduate who served in Iraq and Afghanistan, he’s been in the State Senate since 2012. He’s raised roughly $2.2 million.

The Cook Political Report has categorized the race as safely Republican and Inside Elections has called it likely Republican.

2020 Census Apportionment Results Are In

State of the State Addresses Part 2: Governors Lay Out 2021 Priorities