A proposed bill to require Colorado colleges and universities to adopt and periodically review sexual misconduct policies has passed the House Education committee and heads to the full House for consideration.  The Senate version has secured a sponsor.

The sexual misconduct policies will be required to include options for reporting, investigation and judgement procedures, and protections for accusers and alleged abusers.  Protections include the prohibition of using sex histories during court proceedings, and any retaliation.

Colorado teachers rally at the capitol

Joining teachers from West Virginia, Oklahoma and Arizona, Colorado teachers rallied at the state capitol seeking better salaries and education funding.  According to the National Education Association, Colorado ranked 46th in teacher salaries with the average salary being $46,155. 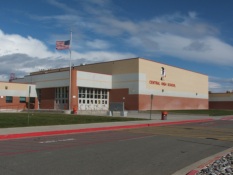 Teachers are also seeking increased funding for mental health services that include the ability to have a psychologist at each school.  Advocates point out that rural areas of the state have a hard time recruiting and retaining teachers due to the low salaries.  Advocates argue the state has seen an increase in tax revenues from the marijuana industry, and a portion of those funds should be made available for education and schools.

Chris Balzano contributed to this report

What was in the Fiscal 2022 Omnibus Appropriations Package?

What was in the CR that Avoided a 2021 Government Shutdown?

Around the States: Budget Updates Part 2

Around the States: Budget Update